Series of articles about drones in the Feuerwehrmagazin (german)

The Feuerwehrmagazin is currently working on a series with three parts specifically on drones in firefighting operations. In the second part of the series, which has just been published, there is an overview of the systems available on the market, but the article itself also talks about cabled flight. For this, Feuerwehrmagazin spoke with our CEO Daniel Stahlmann.

In part one, the series covers in particular the legal changes that have been in effect since January of this year. These lie in particular in the harmonization of European case law, but in principle have not brought about any serious changes for official use in Germany. Feuerwehrmagazin therefore presents some fire departments and drone units with their respective approaches to training and legal security.

Part two of the series then focuses on the equipment itself. Starting with drones such as the DJI Matrice 300 RTK (M300 RTK), through the fairly common H520 from Yuneec, to the very modular systems from German or European manufacture. Furthermore, accessories such as headlights are presented. A not insignificant part of the report also deals with flight time and corresponding tether solutions. For this, we went into a bit of detail for the fire magazine and presented the necessary components. Technically, all comparable systems require a tether ground station, the cable and accordingly a module on the drone that replaces the regular battery.

Unfortunately, a small technical error has crept in, which was not noticed even in the correction beforehand: The subordinate clause "[...] to illuminate TETRA radio holes in urban areas, [...]" in relation to DMO applications is of course not quite correct. In direct mode (DMO) there are of course no real radio holes, since no base stations are used. It is true, however, that in urban areas, for example in the case of extensive industrial facilities, the buildings can have a significant negative impact on the reception range in DMO mode. A flying DMO repeater can help here to relieve the channels in Terrestrial Trunked Radio (TMO).

The third part of the series (edition 07/2021) will deal with practical experience from drone groups. To this end, we will talk about training of pilots and airspace observers, how the respective units have chosen their equipment and also report on drone crashes. 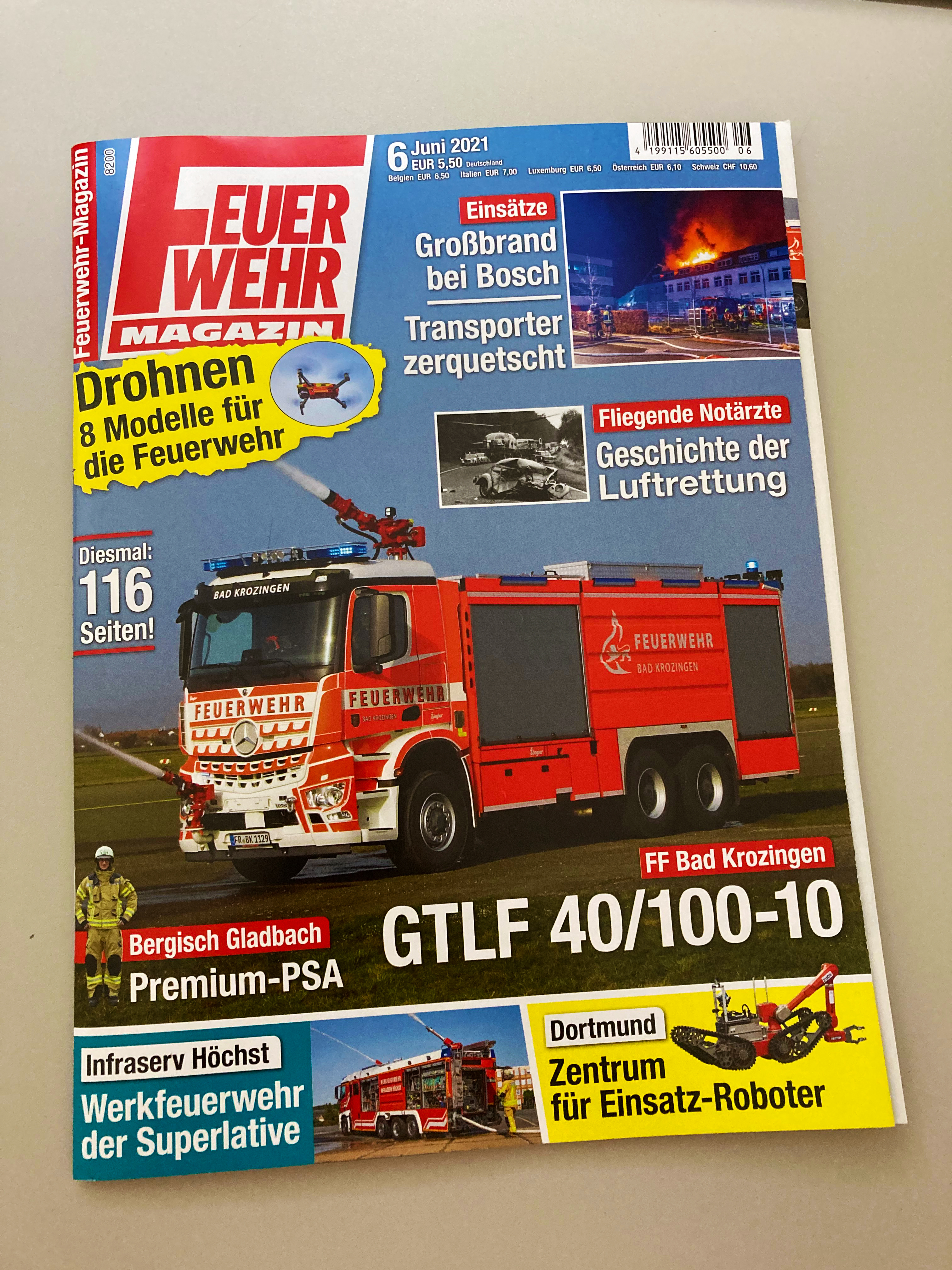