On two events at the same time we presented our new Tether Ground Station microTether together with an on-board module for the Mavic 2 series (Pro, Zoom, Enterprise, Enterprise Advanced).

In Dresden we showed the system together with our new distributor MOST Robotics GmbH at the FLORIAN fair. The FLORIAN is a trade and visitor fair for all topics concerning fire departments and disaster control in Germany. Furthermore we showed our TGS Avior, which could be flown in combination with the Acecore ZOE as well as the Kite75 from Vectorbirds. A highlight is the NEO (Acecore), which is equipped with a Gasmed GT5000 Terra at the booth, used for simultaneous measurement of 50 gases. Another new presentation is the Grabbit G7 (Vectorbirds), which is currently being tested as a compact complete system by a defense company and can be flown on both the microTether and the TGS Avior.

Parallel to this, the "TOGETHER 2021" of the RETTUNGSNETZWERK e.V. took place on October 9. Under the direction of Mr. Klingsöhr, various mission scenarios for unmanned aerial vehicles and diving robots were prepared, which had to be worked through by the rescuers. Between the operational exercises, innovations were also presented in demonstrations. Together with Copting GmbH, our microTether was presented in combination with a Mavic 2 Pro.

By the way, the combination of microTether with a tethered Mavic 2 reaches a safe flight altitude of up to 25 meters above ground, which may seem low compared to 120 meters, but for applications such as monitoring a fire, a traffic situation or similar, it is quite enough. 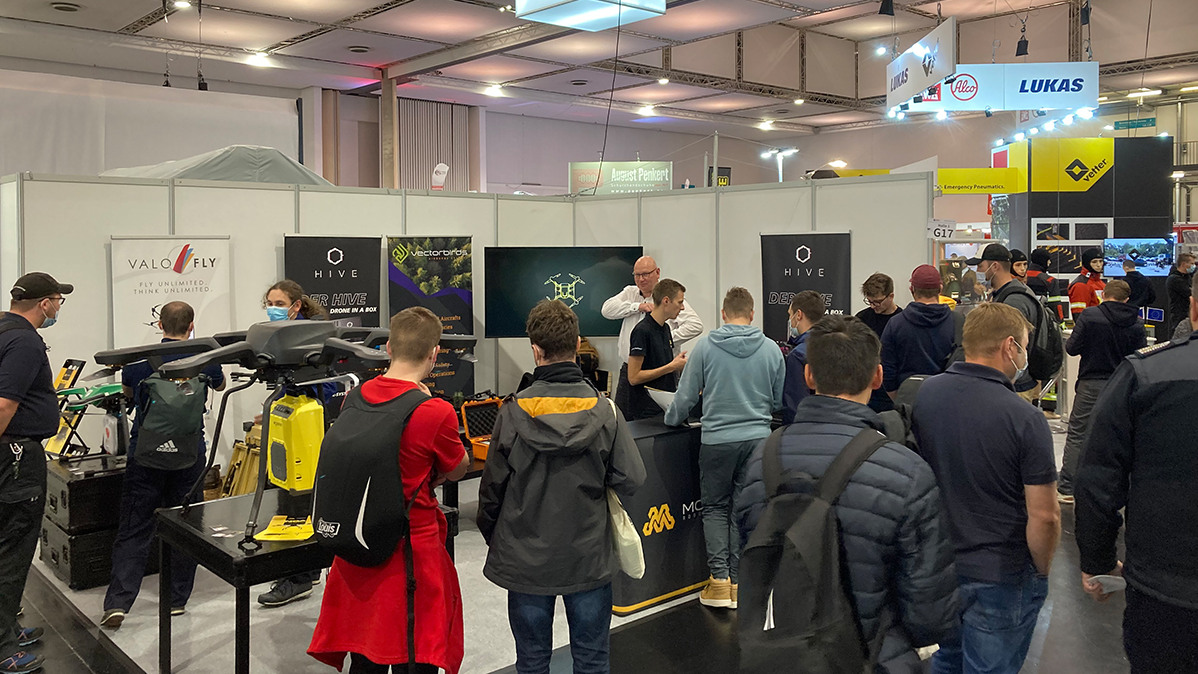 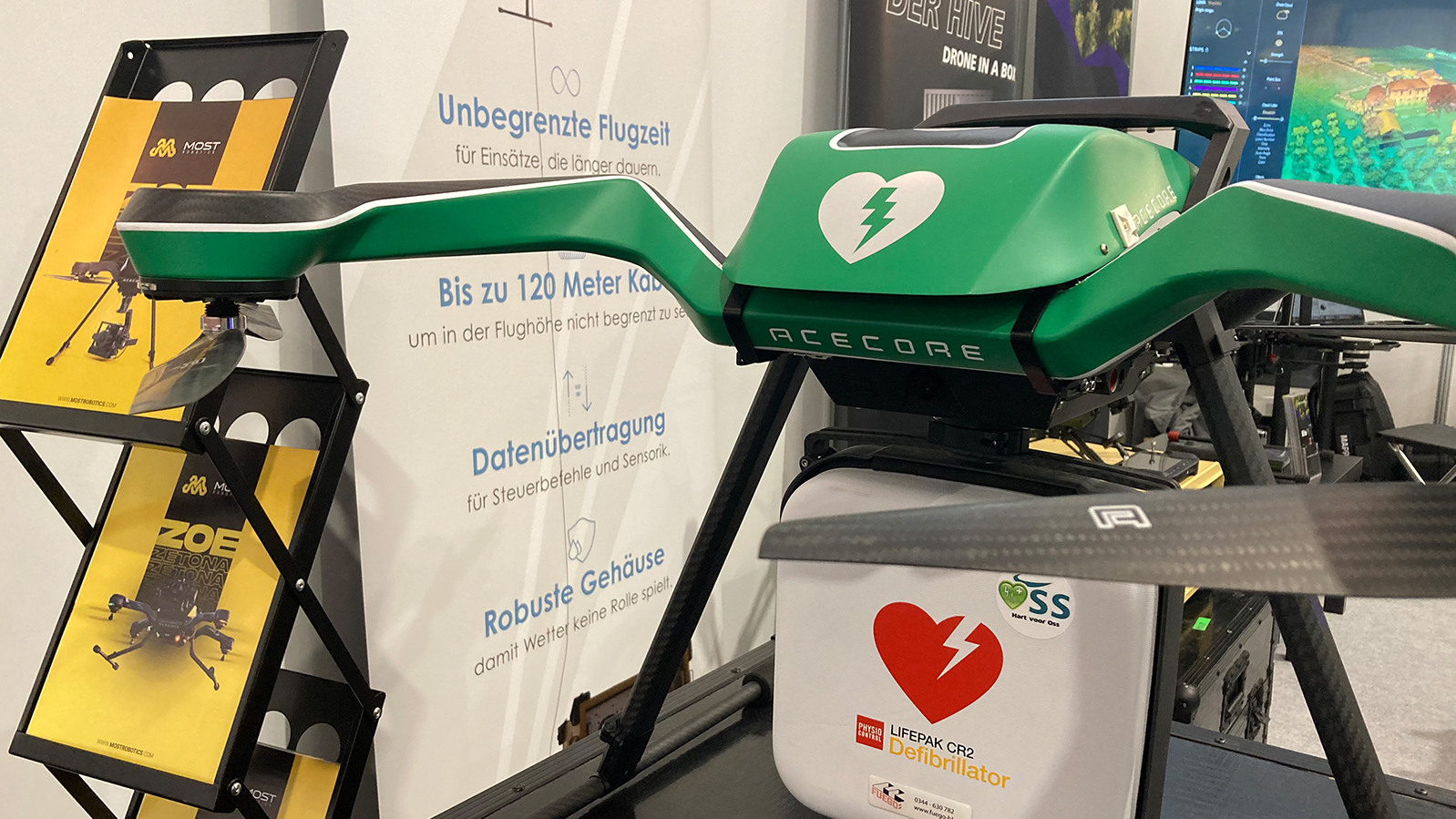 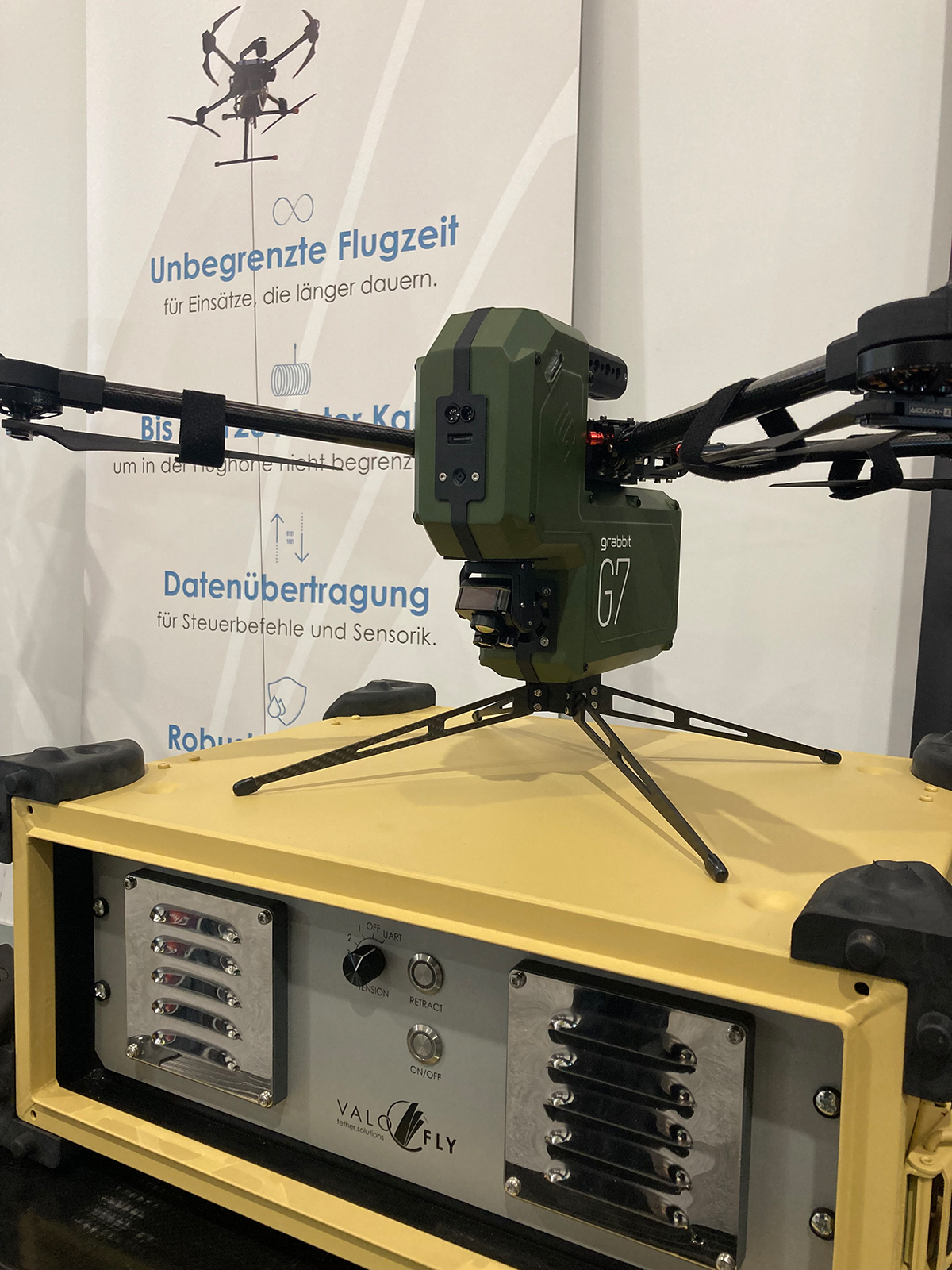 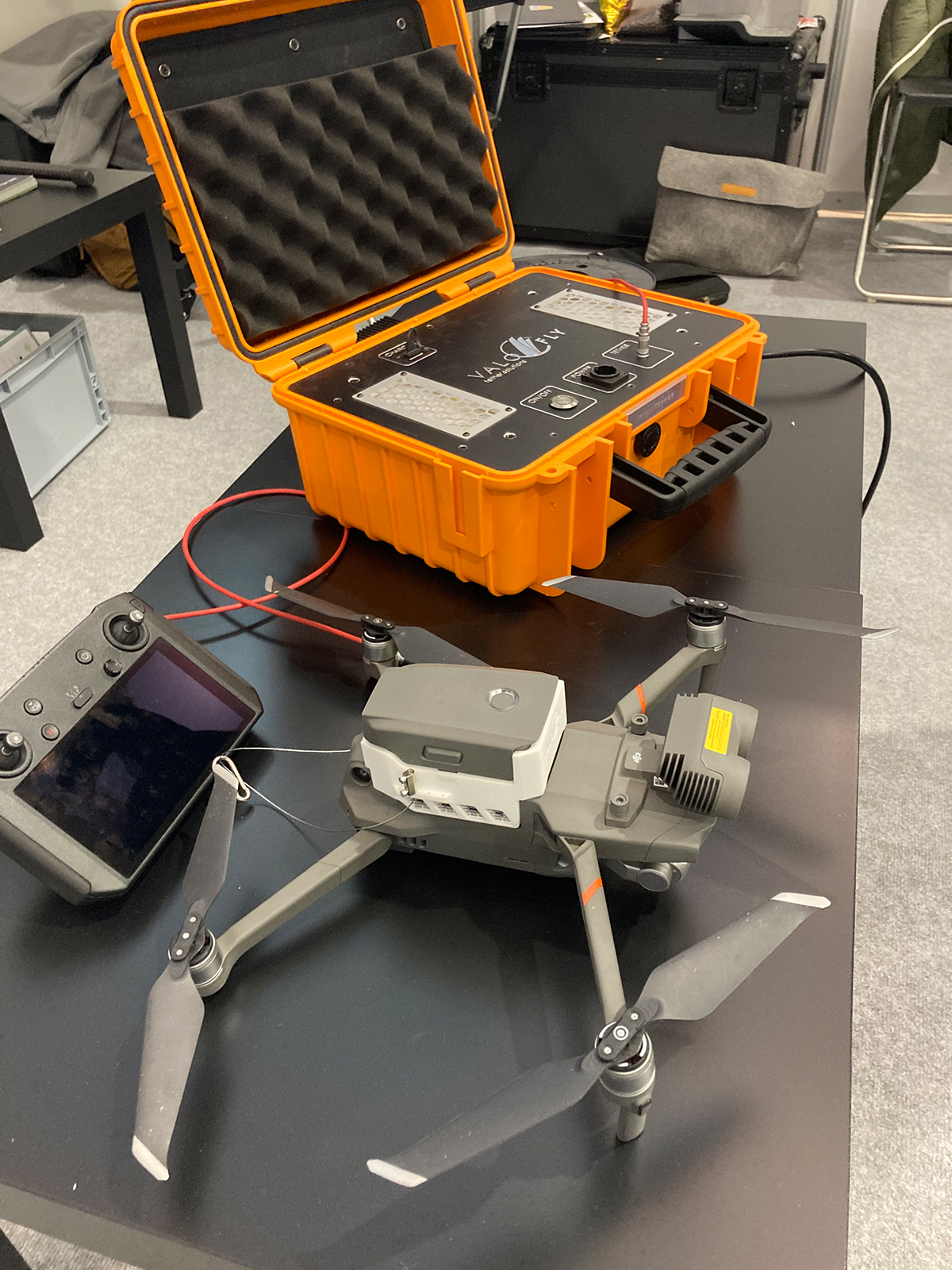 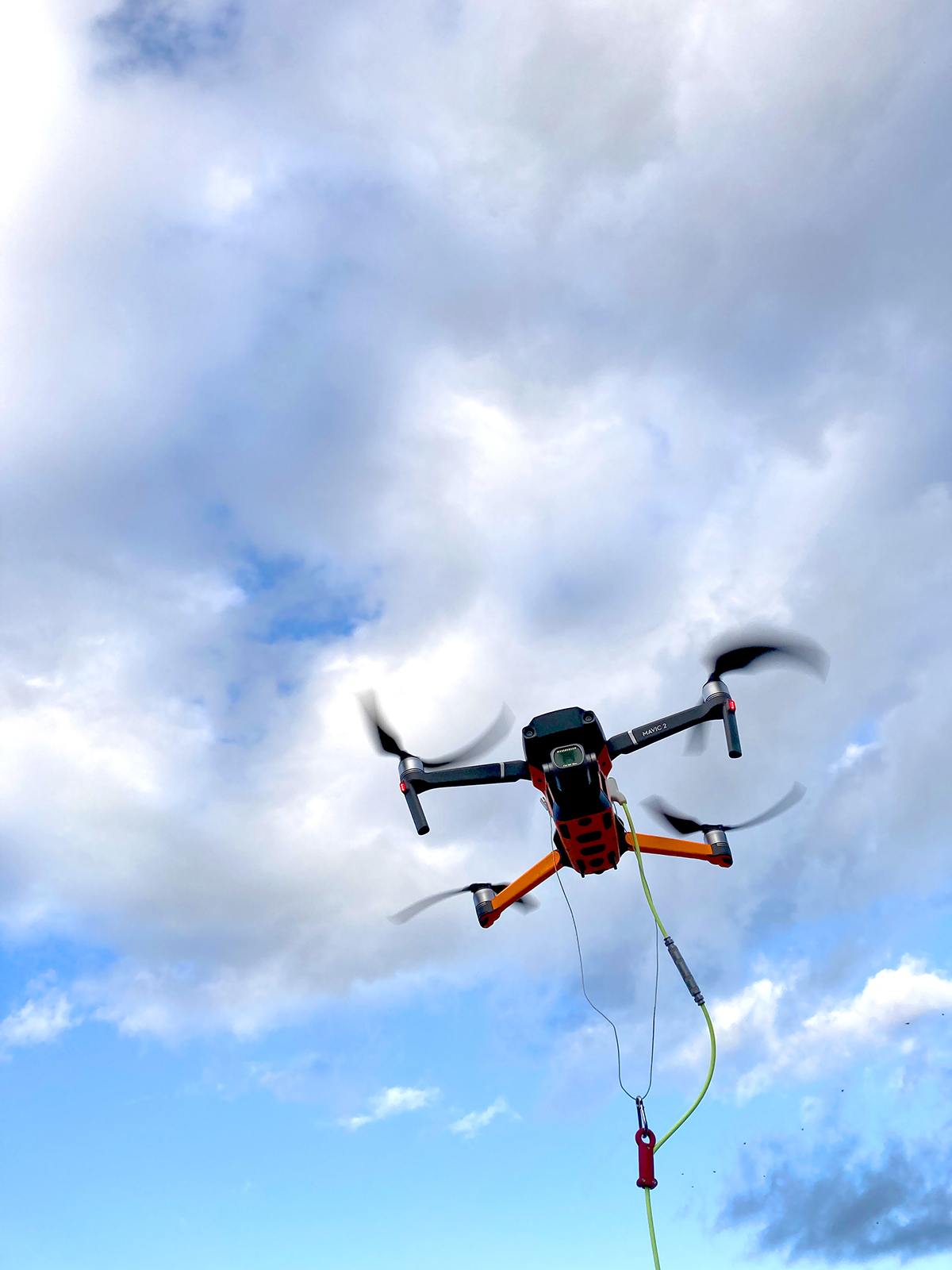